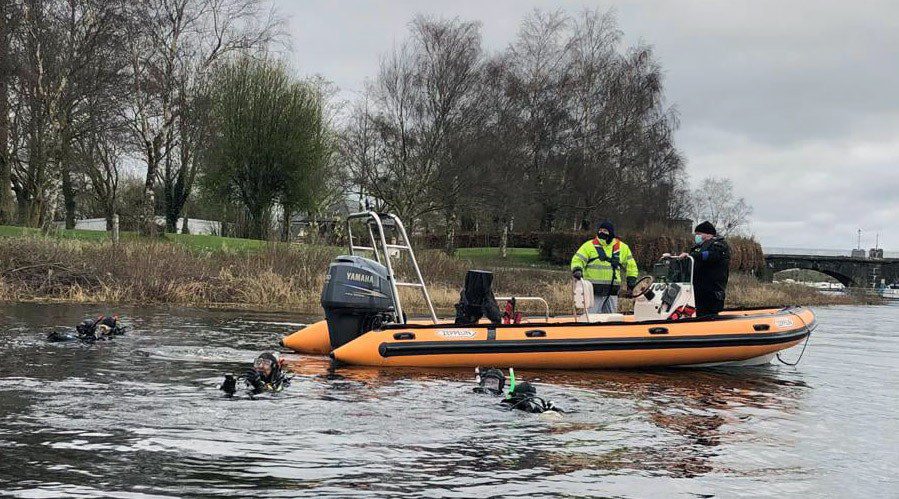 A team of Irish club divers who train to search the River Shannon for missing persons have been attracting attention – because they keep surfacing with ancient weaponry and other artefacts they have come across by chance.

Its Offaly SAR team comprises some 10 members who train regularly in the silty river, with a beat ranging as far north as Athlone in Co Westmeath and south to Portumna in Co Galway. And the training has helped the scuba divers to become sharp-eyed, despite the often-murky conditions.

Finds over the past 18 months, as related to the Offaly Express, include weapons ranging over thousands of years.

The divers’ discoveries are passed on to Dublin’s National Museum of Ireland for conservation, although five log-boats – canoes used by Stone Age hunter-gatherers – have been left in the river for expert examination.

The club’s SAR activities are carried out in co-ordination with the Irish Coast Guard and police.