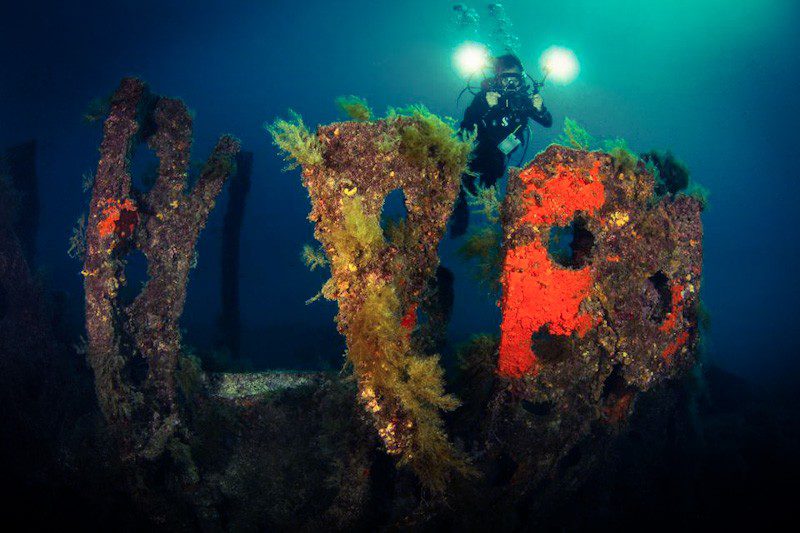 Coinciding with Turkey’s removal from the UK travel red list, two major attractions designated as “underwater parks” for scuba divers to explore have been announced.

As of 1 October, access is being granted to what has long been a no-go area in the shape of the WW1 Gallipoli battleground, with diving based in the city of Canakkale in the Marmara region.

During the Allies’ losing battle against the Ottoman Empire in 1915, a number of ships were sunk in the Strait of Gallipoli, also known as the Dardanelles. Now, more than a century later, leftover explosive ordnance has been removed under the direction of Turkey’s Ministry of Culture & Tourism, rendering the newly declared Historic Gallipoli Underwater Park safe to dive, according to TRT World.

Dives will however have to be guided by local professionals certified by the Turkish Underwater Sports Federation.

Twelve of 16 large ship and submarine wreck-sites as well as the scenic Bebek Rocks are now open to visiting divers, says the ministry’s Directorate of Gallipoli Historic Site. These include HMS Majestic, the biggest of nine pre-Dreadnought Royal Navy battleships which was sunk by a U-boat with the loss of 49 lives near Cape Helles.

HMS Louis, a destroyer sunk by Ottoman guns, HMS Ocean and HMS Irresistible are also now diveable and additional wrecks could be added to the list later, with others thought still to lie unidentified in the 58sq mile area. Post-WW1 wrecks include the minesweeper Lundy, which sank in the 1930s, the cargo ship Franco from the 1960s, and several lighters.

The wrecks are said to be suitable for divers at all levels, though with the given depths ranging from 3m to 350m a submersible would be necessary to explore the deepest.

Preparing the park took some three years and involved comprehensive seabed mapping carried out by TUBITAK Marmara Research Centre and Istanbul University, with 3D models made of each vessel. Movable items were removed from the wrecks for conservation.

Further south and 460 miles away in Kas, in the Antalya region on Turkey’s south coast, work is said to be almost complete on the Lycia-Kas Underwater Art Park.

This has involved 658 replicas of lost artefacts from the ancient Lycian civilisation being made using eco-friendly materials and laid out by local diving professionals over 10,000sq m of seabed.

Depths range from 5 to 20m, allowing the exhibits to be viewed by snorkellers and people on tour-boats as well as scuba divers. Fixed moorings are being provided to protect seagrass beds and the marine life that lives in them.

Lycia was a region known to history from the late Bronze Age but its people were subjugated over the centuries by the Persians, Greeks and Romans. Their language was lost and it later became part of the Byzantine and Ottoman empires before being inherited by Turkey.

Many relics of the ancient Lycian civilisation were looted over time, with London’s British Museum said to have assembled one of the finest collections.

Highlights of the underwater park are said to include columns from a colonnaded Lycian street, Poseidon and his Horses, the Chimera and the Legend of Bellerophon, and Nereids in the ancient city of Xanthos, according to Hurriyet Daily News.

The project, a collaboration between local authorities and the Western Mediterranean Development Agency and Chamber of Shipping, aims to boost the number of annual dives in Kas from 80,000 to 300,000 and to make it a year-round tourist destination.