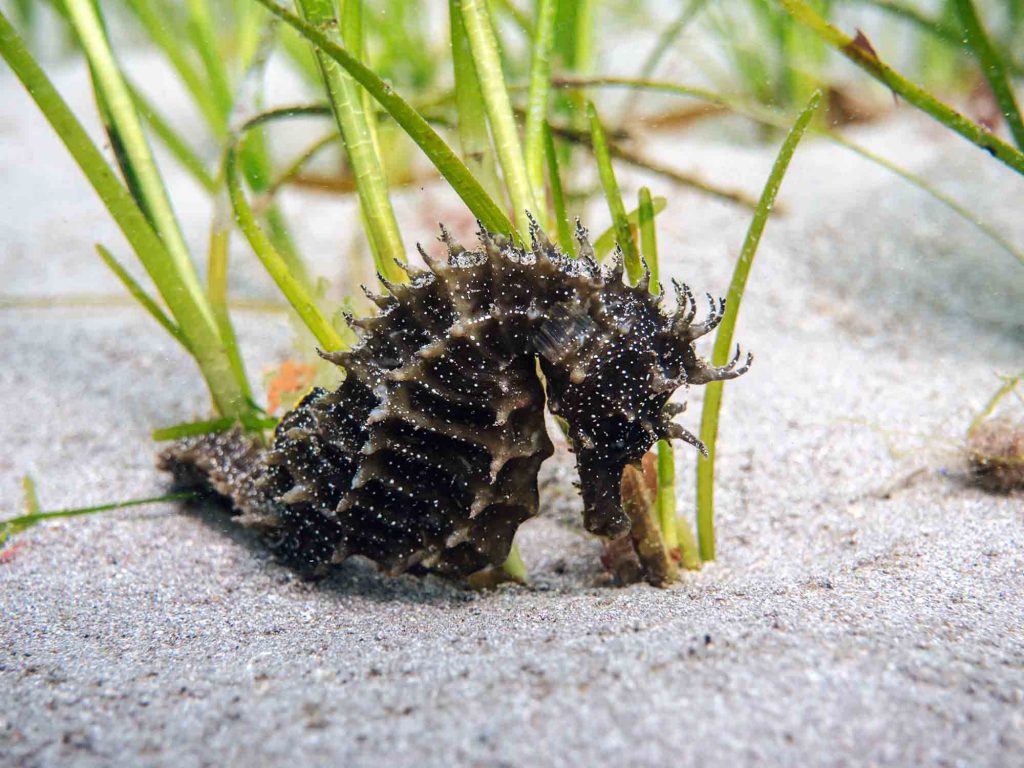 A rare sighting off Cornwall in the form of a long-snouted seahorse has been reported by a marine-biologist scuba diver working on the seagrass restoration project in Plymouth Sound.

The species was once common along the South Coast but largely disappeared with the destruction of the seagrass meadows that provided it with a nursery habitat.

Today the seahorses are known to exist only in isolated spots such as Studland Bay in Dorset, along with the short-snouted seahorse (Hippocampus hippocampus), the only other British species.

According to the Seahorse Trust seahorses can also be found along the UK’s west coast and all around Ireland, with some sightings on the UK east coast.

Parry told the Independent that he had never before seen a seahorse in the wild in the seven years that he had been diving in seagrass in the UK.

The OCT has been leading the LIFE Recreation ReMEDIES project through which a team of diving volunteers are helping to plant 16,000 seagrass seed bags and 2200 seedling bags as a boost for the marine environment.

The four-year project aims to plant four hectares of seagrass meadows in Plymouth and another four in the Solent Maritime Special Area of Conservation.

“It is estimated that the UK may have lost up to 92% of its seagrass,” says the OCT. “Factors including wasting disease, pollution and physical disturbance have been identified as contributing causes.”

The beds are expected to host juvenile fish and protected creatures such as seahorses and stalked jellyfish while stabilising the seabed, cleaning seawater and capturing significant amounts of atmospheric carbon.