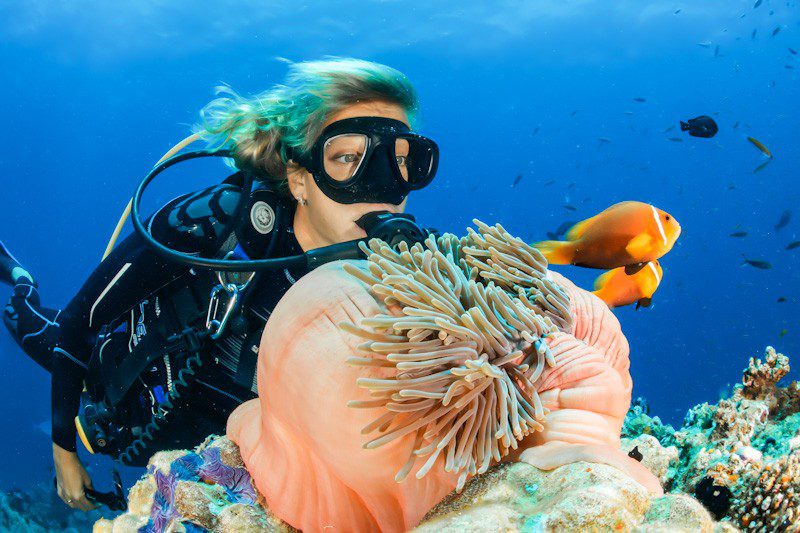 Thailand has joined other diving destinations in banning the use of sunscreens that contain certain coral-damaging chemicals, in its case from all its marine national parks.

There are some 26 such parks in the country, with four in the Andaman Sea proposed for World Heritage status, including the Surin, Similan and Tarutao islands, all popular scuba locations.

There are reckoned to be as many as 3500 brands of sunscreen, and these ingredients are judged to be particularly harmful in that they can kill coral larvae, interfere with corals’ reproductive system and cause bleaching.

Under the new legislation anyone found using a product containing these chemicals can be fined 100,000 baht (£2100), though how the ban will be enforced when tourism returns to previous levels has not been made clear by Thailand’s Department of National Parks, Wildlife & Plant Conservation.

Palau was the first nation to ban sunscreen at the start of 2020, with 10 harmful chemicals covered in its exclusion. The US state of Hawaii imposed its own ban at the same time. Similar bans exist in the US Virgin Islands and on a very localised basis in Key West in Florida. Bonaire, Aruba and Mexico’s Riviera Maya have similar bans.

Divers are advised to use mineral-based sunscreens such as zinc oxide and to look for water-resistant products.

A list of sunscreen products judged to be environmentally safe is published annually by Haereticus Environmental Laboratory in the USA though there is no equivalent guide in the UK.