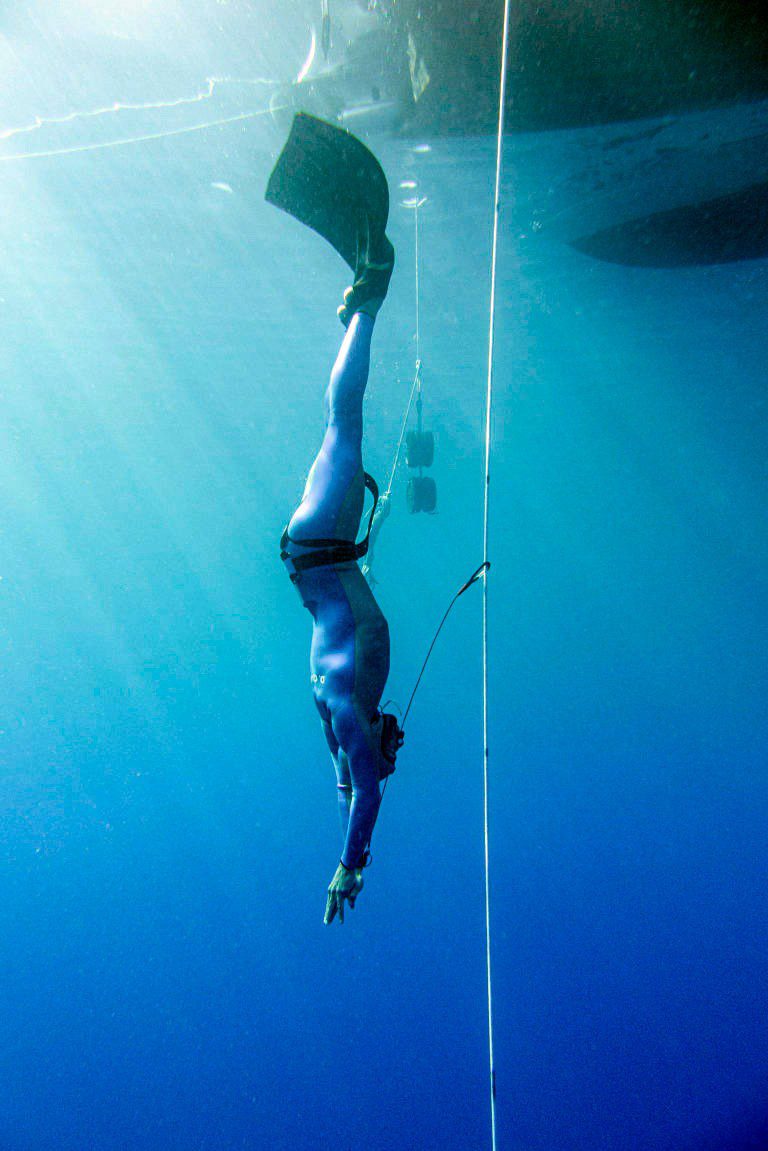 Elite freedivers diving unaided in open sea have brain oxygen levels even lower than seals during their deepest dives, according to new research carried out at the University of St Andrews.

The divers tested reached depths of 107m and were measured exhibiting the sort of brain oxygen levels normally expected to induce unconsciousness, and heart rates as low as those of seals, whales and dolphins while in the water.

The new findings will help scientists to understand the physiology of marine mammals and seek new ways to treat human cardiac patients as well as to increase the safety of freedivers, says the university.

Understanding how freedivers condition themselves to tolerate bouts of extremely low oxygen and brain oxygen delivery could help in developing pre-treatments to boost brain and heart protection during cardiac surgical procedures. It could also help with therapies to apply following a heart attack.

“Before now, understanding the effects on these exceptional divers’ brains and cardiovascular systems during such deep dives, and just how far these humans push their bodies, was not possible, as all research was done during simulated dives in the lab,” said project leader Prof Erika Schagatay of Mid Sweden University, who has researched freediving for three decades.

“The diver can reach a point where hypoxic black-out occurs, and the diver then needs to be rescued. One of the main aims of the research is to warn the diver and safety personnel of an imminent black-out.” This would be achieved by using a specially developed wearable biomedical device.

The team say that for their research they created such a device that works similarly to a smartwatch, using LEDs touching the freedivers’ skin to measure their heart rate, blood volume and brain oxygen levels.

It was developed from an existing device using near-infrared spectroscopy or NIRS developed by Dutch collaborators Artinis Medical Systems but modified to withstand the extreme pressure of deep open-water dives.

“We measured heart rates as low as 11 beats per minute and blood oxygenation levels, which are normally 98% oxygenated, drop to 25%, which is far beyond the point at 50% at which we expect people to lose consciousness, and equivalent to some of the lowest values measured at the top of Mt Everest.

Questioned by Divernet, the team said that for now the wearable was intended for research purposes only but that in future “one could think of commercial viability and integration into dive-watches to improve and monitor performance”.

Carnegie Mellon University and University of Tokyo also collaborated on the study, which is published in Philosophical Transactions of the Royal Society B.