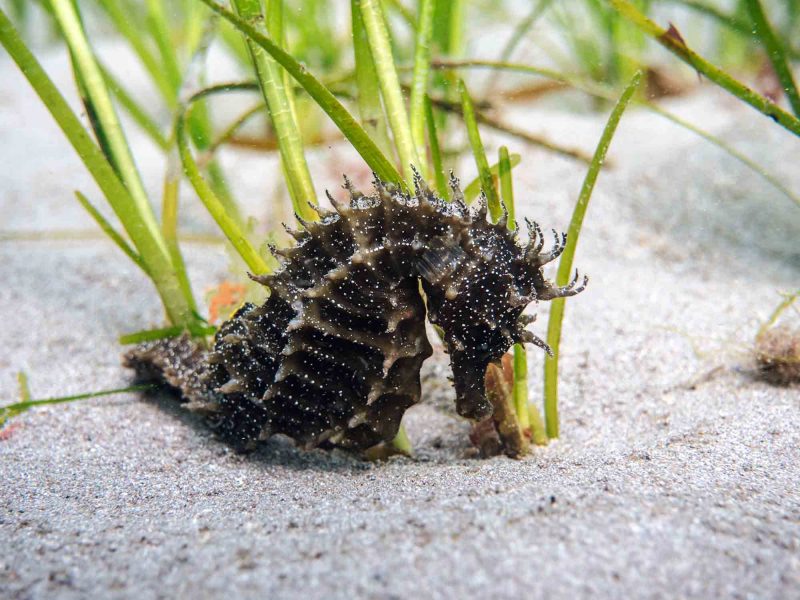 Scuba divers from the Ocean Conservation Trust (OCT) and Project Baseline UK have collected more than half a million seeds from healthy seagrass meadows in the Solent off the Isle of Wight. The seeds are to be transplanted to other parts of the Solent where the grass has been lost or degraded.

The dives form part of the Natural England-led initiative LIFE Recreation ReMEDIES, the country’s biggest seagrass-restoration project. Collected seeds are being kept in a cultivation laboratory at Plymouth’s National Marine Aquarium and will be returned to the seabed this winter.

Seagrass seeds have already been sown across almost one hectare of seabed in a conservation area in Plymouth Sound, and another four hectares are planned for the Solent.

“But seagrass is now present in only half of the areas of the UK where it was once recorded, with factors including wasting disease, pollution and physical disturbance contributing to its decline.”

In June Divernet reported that Parry had made the rare sighting of a long-snouted seahorse in restored seagrass in Plymouth Sound.

*****  MEANWHILE in the North-east volunteer divers have cleared more than 125kg of ghost-fishing net, line and abandoned lobster pots that had been endangering marine life on two Tyneside shipwrecks.

The local chapter of Ghost Diving UK divers cleared the net from the 30m-deep wreck of the Mars on 15 August. The locally built, Swedish-registered steamer sank early in WW2 in 1939 after striking a German mine. The net covered an area of around 40sq m.

The 15 pots were removed from the nearby wreck of another steamer, the Hanne. The reclaimed materials were brought back to North Shields for recycling, arranged by the Healthy Seas organisation.

“The nets are catching aquatic life, which brings in other aquatic life to feed on it and they get snagged in the net and they then die,” he told the Shields Gazette. “Until we break the cycle and remove the net, it will just continue.”