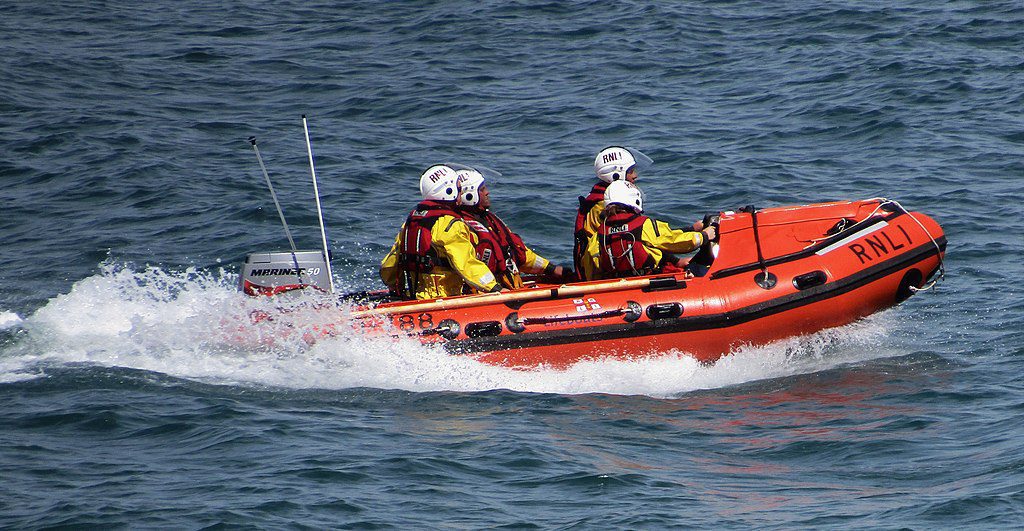 When the Coastguard picked up a call from a dive-boat stating that two scuba divers had failed to surface off the south Devon coast, both of Torbay RNLI station’s lifeboats swung into action.

The report that the buddy-pair were 20 minutes late in resurfacing came just before 4pm on Thursday, 7 October, and both the all-weather and inshore lifeboat (ILB) crews responded.

Trainee helm Sam Robinson on the ILB spotted the missing divers from more than 250m away. They were south of Torbay’s Ore Stone – 1.3 miles from where they had been expected to surface. By then they had been drifting for more than an hour on the tidal current.

Once recovered, the divers explained that they had surfaced 17 minutes into their dive from a depth of 14m after realising how strong the currents were, but had already been carried too far from their dive-boat to be easily seen or heard. The surface cover had not been expecting to see them for another half-hour at that point.

“Sam and the other ILB volunteer crew were still on their way to meet the dive-boat, which was over a mile away at their planned surface point,” explained Torbay RNLI coxswain Mark Criddle. “The good thing is that the divers had taken and deployed diver’s flags and surface markers, which meant it was easier to see them in the fading light.”

The divers declined the offer of check-ups by paramedics because their dive had been relatively short and shallow, though the RNLI crew explained to them the often-unappreciated dangers of secondary drowning (immersive pulmonary oedema, or IPO). The dive-boat was escorted back to Brixham.

Torbay lifeboat station has been operating for 155 years, in which time its crews have won an outstanding 52 awards for gallantry.