Cuttlefish never forget a meal or a mate

Cuttlefish never forget a meal or a mate 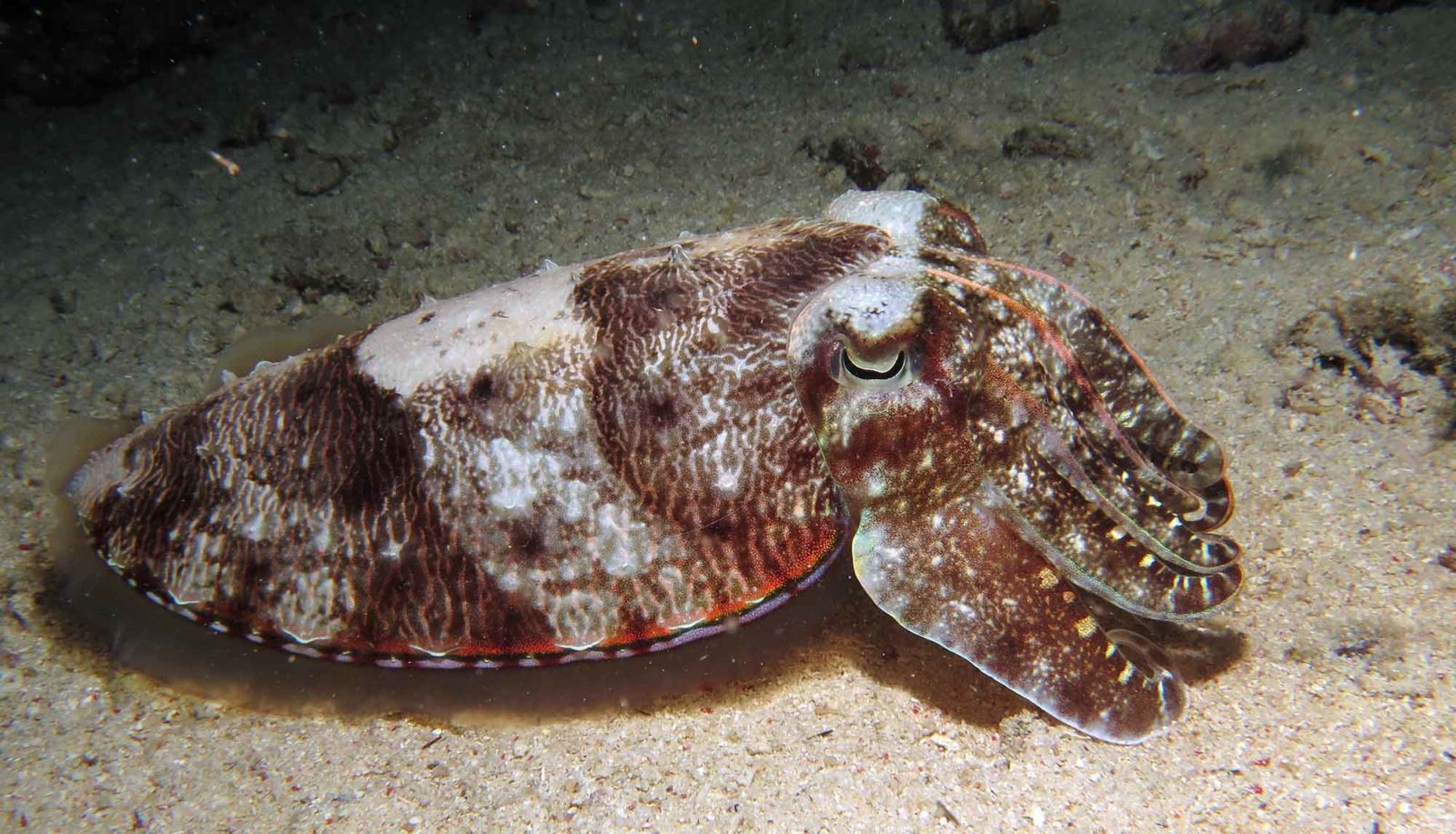 Cuttlefish can remember what, where, and when specific things happened right up to their last few days of life, researchers have found – and the memories of elderly cuttlefish remain as good as those of the younger generation.

The just-published results are the first evidence of any animal having a memory of specific events that does not deteriorate with age.

First author of the paper was scuba diver Alexandra Schnell from the University of Cambridge’s Department of Psychology. Her ground-breaking work demonstrating that cuttlefish were capable of exercising self-control when feeding – if it would benefit them later – was featured in DIVER magazine in May.

Along with researchers from the Marine Biological Laboratory in Woods Hole in the USA  and the University of Caen in France, Dr Schnell has been conducting memory tests on common cuttlefish (Sepia officinalis), with surprising results.

“Cuttlefish can remember what they ate, where and when, and use this to guide their feeding decisions in the future,” said Dr Schnell. “What’s surprising is that they don’t lose this ability with age, despite showing other signs of ageing like loss of muscle function and appetite.”

As humans age they tend to experience “episodic memory”, gradually losing the ability to remember experiences that happened at particular times and places. This is thought to be caused by deterioration of the brain’s hippocampus.

Cuttlefish lack a hippocampus but do have vertical lobe associated with learning and memory, and this stays intact until the last 2-3 days of its life. With their short two-year average lifespans they make good subjects for testing whether memory declines with age.

Twelve of the 24 laboratory cuttlefish were pre-adult (10-12 months old), while the others were geriatric at 22-24 months, equivalent to humans in their 90s.

All were trained to approach a specific location in their tank marked with a black and white flag, then trained for four weeks to learn that two commonly eaten foods were available at specific flag-marked locations and after specific delays.

At one spot, the flag was waved and a piece of king prawn was provided. Live grass shrimp, which cuttlefish prefer, was provided at a different spot where another flag was also waved, but only every three hours.

To make sure that the cuttlefish didn’t simply learn a pattern, the two feeding locations were unique each day. After the month was over the cuttlefishes’ recall of which food would be available, where and when was tested.

Regardless of age, all the cuttlefish watched which food first appeared at each flag and used that to work out which feeding spot was best at each subsequent flag-waving.

While it is impossible to test whether animals are consciously remembering things, the findings suggested that their “episodic-like memory” did not decline with age.

“The old cuttlefish were just as good as the younger ones in the memory task – in fact, many of the older ones did better in the test phase,” said Dr Schnell. “We think this ability might help cuttlefish in the wild to remember who they mated with, so they don’t go back to the same partner.”

Cuttlefish breed only at the end of their life, and remembering who they mated with, where and how long ago would enable them to spread their genes more widely by mating with as many partners as possible.