BDMLR swims to save seals

BDMLR swims to save seals 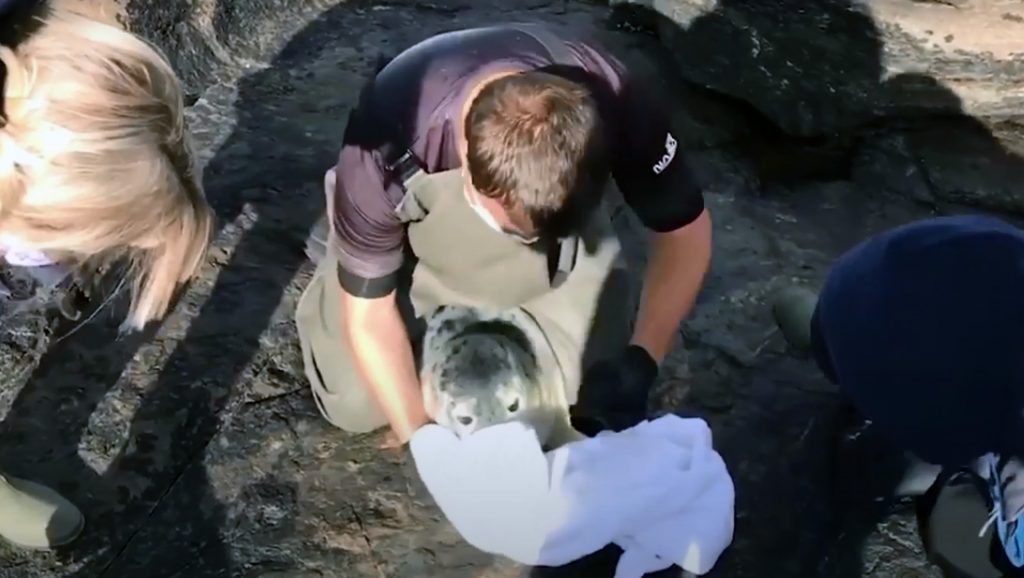 British Divers Marine Life Rescue has raised £30,000 in a sponsored sea-swim in Cornwall to equip a new hospital for young seals. BDMLR volunteers and supporters covered the 28km distance from Truro down the Fal estuary to Falmouth on 28 May.

The swim was said to represent 200m for each of the near-record 139 seal pups admitted to the BDMLR’s existing facility this winter. Though often in the headlines with high-profile whale or dolphin rescues, around 90% of the charity’s calls are to sick, injured or malnourished seal pups.

This often results from human disturbance to the mothers, fishing-net entanglement or the growing number of winter storms associated with climate change. BDMLR says problems caused by the Covid pandemic have brought the lack of capacity at its existing seal-up hospital to a critical point.

Over the past 10 years that facility has provided emergency care for some 550 pups.

The new purpose-built hospital will also be located in mid-Cornwall, but the BDMLR wants it to have twice the capacity, to be better equipped and to provide a training facility for its volunteer Marine Mammal Medics.

The hospital will care for pups until they are healthy enough to be transferred  to rehabilitation centres such as Cornwall Seal Sanctuary in Gweek or an RSPCA unit, where they can be prepared for a return to the sea.

By March this year the BDMLR had already raised an initial target of £30,000 for the seal-pup hospital through crowdfunding, but has gone on to raise extra funds for more sophisticated equipment in the form of blood-analysis machines, which allow vets to diagnose problems faster.

A short video about the seal hospital fund-raising can be seen on YouTube.